Sport Fishing: In Alaska, the pike has been a maligned fish. Old-time Alaskans and commercial fishers scorned them, and their only use for many years was as dog food. With the settling in of former Midwesterners, the stature of the pike has increased, and it is now one of the most important game fishes in Interior Alaska. The major pike fishing areas are accessible mainly by airplane or riverboat. The Minto Flats area west of Fairbanks is composed of 800 square miles of interconnected lakes, rivers, and sloughs, and contains an abundant pike population. Trophy-size pike (over 15 pounds) can be caught in the area. Even larger pike can be taken in the clear water tributaries and sloughs of the Yukon and Kuskokwim rivers. Some lakes of the Tanana River system contain populations of pike and receive considerable angling pressure. Pike can be taken with medium action spinning, bait casting, or fly fishing gear. Almost any type of hardware will produce a strike. A wire leader is a must when doing battle with these sharp-toothed monsters. Pike have delicious firm, white flesh. Small pike are somewhat bony, but the larger fish filet easily for frying or baking. 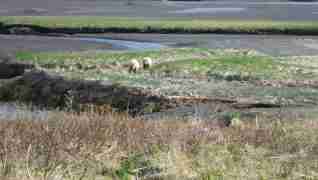 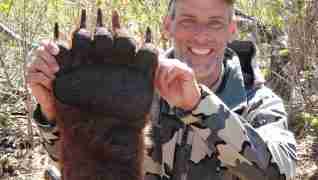